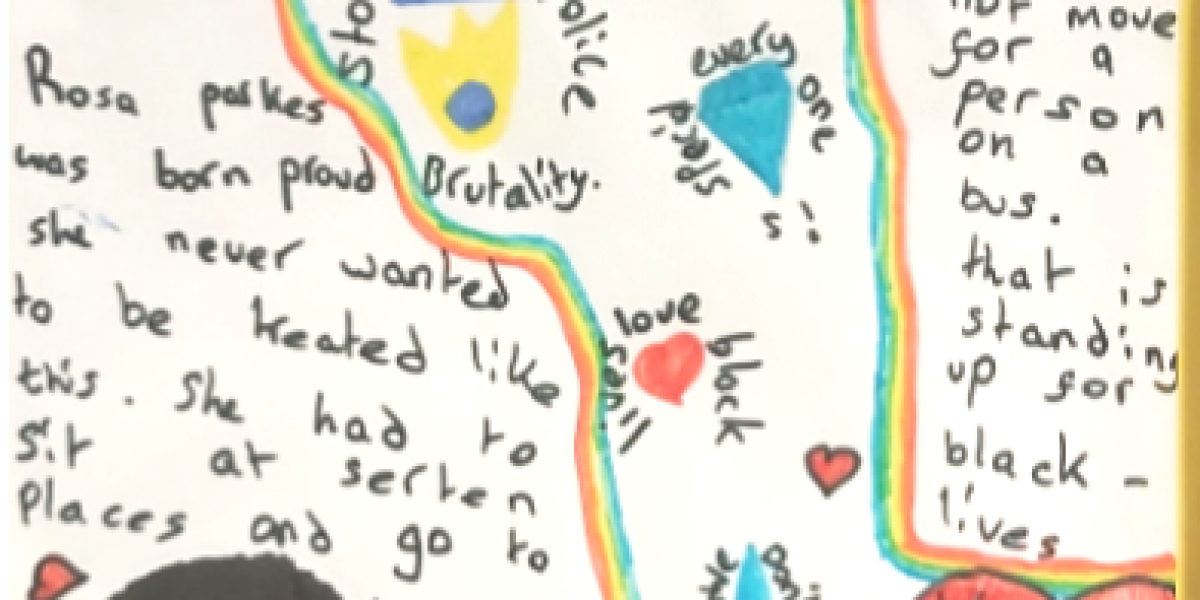 In 5/6 we have been learning about about Black history. The children found out about how black people were treated unfairly in America. The buses were segregated and blacks and whites did not mix. Many white and black people, who believed this to be unfair, would not go on the buses and boycotted them. Rosa Parks was a black person who stood up to the inequality and started making things change. Children learnt the importance of standing up to racism and being tolerant and understanding of people differences.

We talked about inequalities and how some people may not be treated fairly or have the same chances. We looked at 3 cats who had equal amounts of fish but the fish were not the same size so it wasn’t fair.

We explored how sometimes we have to change things to make them slightly different ion order to give everyone the same opportunities. Examples of what the children talked about were:

It was impressive to see how the children understood that sometimes things were slightly ‘unfair’ in order to make them equal or fairer for all and give everyone the same opportunities.