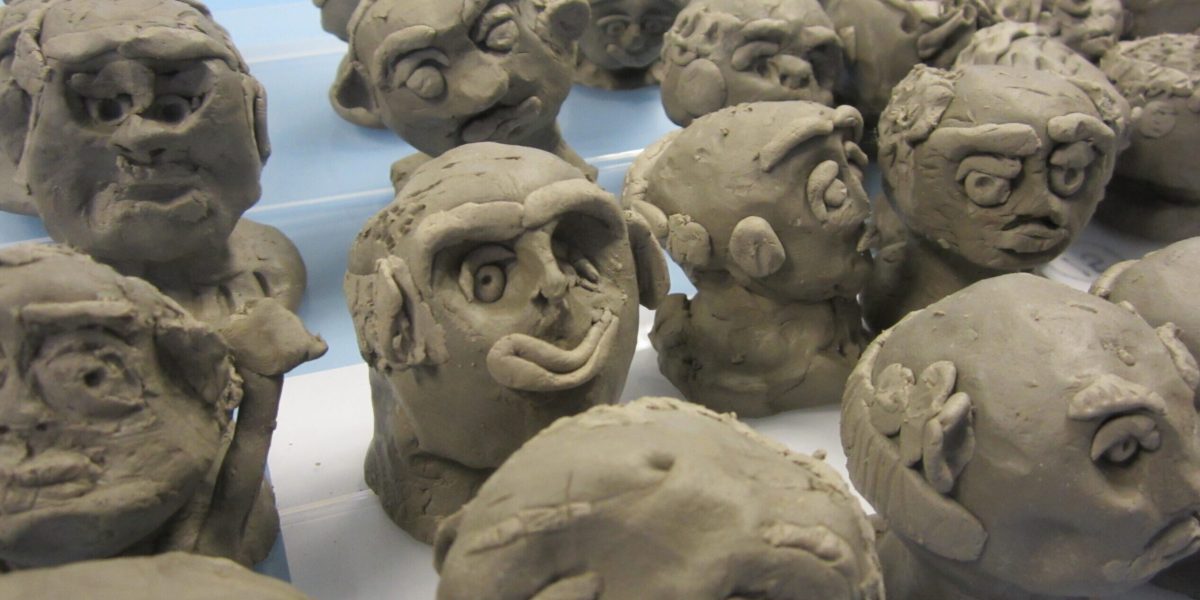 The children were so excited to investigate shadows when making their own puppets of the big, bad mouse from our whole class text, ‘The Gruffalo’s Child’. They thought hard and observed closely to find out what happens to the shadow when you move the torch closer to and further away from the puppet. We also discovered a love of sculpture when we made own own clay Gruffalo models and carefully pinched and rolled the clay to make the prickles and claws. What super learning this week, Year R!

Over the past two weeks the Year 1 and Year 2 children have enjoyed the practical side of maths. The Year 1 children have been showing off their knowledge of 2d and 3d shapes by going on shape hunts and pointing out all the shapes they could find. They discovered that there are not many spheres or cylinders around school but lots of cuboids! Take a look at their 3d shape towers!

Year 2 children have been busy buying and selling in their maths sessions. They have impressed us all by knowing the values of coins, finding different ways to make an amount and working out how much change their friend would need at their shop.

To finish off our project on the Ancient Romans, we created clay bust sculptures of Julius Caesar.  We had completed a mini historical profile of the Roman Emperor and discovered lots of reasons why he is an important historical figure.  Reasons such as his two attempts to invade and control Britain, the fact he created the monthly calendar as we know it today (even having July named after him) and the fact that he was the first leader to have his face embossed onto coins.

To make the busts, we had a ball of clay which we pinched to make a rough head, neck and shoulders.  Then we used our fingers to pinch eye sockets and the beginning of a nose.  Using other pieces of clay we made eyeballs and a mouth.  Using more spare clay we then made a flat sausage to wrap around for his hair.  To make the details, old pencils were used to delicately carve the strands of hair and other facial features.  We had good fun doing it and think they do look quite like Caesar!

Year 5/6 have had a very busy start to the new year: we have been continuing our adventures with Torak and his companion, Wolf, in our writing and have been learning why Stanley Yelnats got sent to Camp Greenlake in reading. We were also trying to figure out which Biomes different Disney characters could live in while learning more facts about Deserts and Tundras. We compared these Biomes using information about their climates, wildlife, plantlife and people. Our sending and receiving skills have been tested as we started our new PE topic of Netball as well as finishing off our Dance projects with Miss Batchelor. In science, we were testing whether mass matters by melting ice cubes into water and seeing the difference. After a few pops, we tested the difference between inflated and deflated balloons. The results were not as everyone predicted!