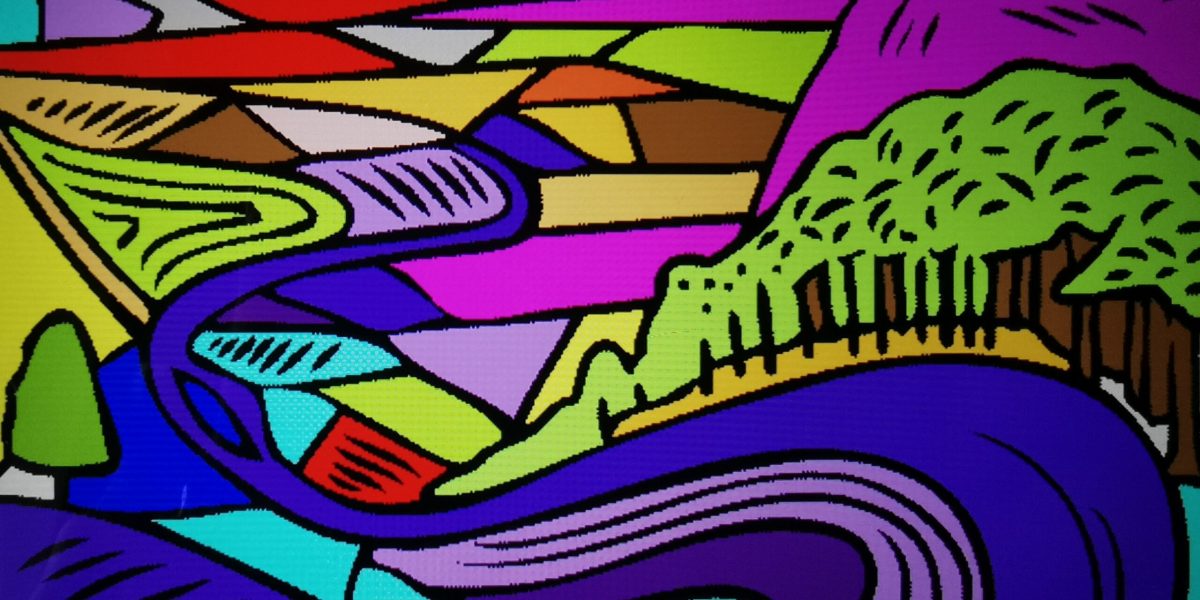 Our Year 1/2 phase have brought some colour to our blog this week, whilst Year 3/4 have been preparing themselves for a Roman battle, Year R have turned into pirates - "Arrr!" - and Year 5/6 have been studying World War 2!

Life is like a rainbow. You need both rain and sun for its colours to appear. 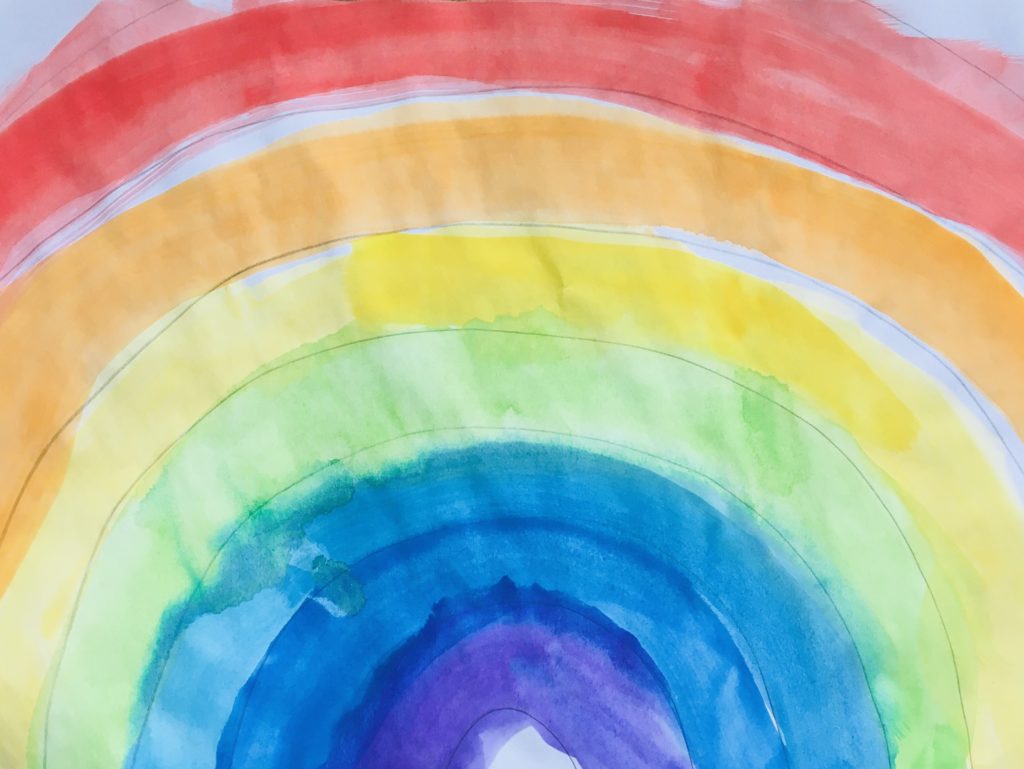 This week, Year 3/4 have been writing their own twists on the story of the Roman gods Mercury and Apollo. They have sent mischievous, meddling Mercury to play tricks on one of his fellow gods in Olympus. Will the mighty, clever but gentle Apollo help out his pesky but likeable, younger half-brother? How will their tales of terrific fun end? We hope that in the coming days we can wing these wonderous stories to our fellow readers in years 1/2 and 5/6 to read and enjoy!

We have also been finding out how the Roman Empire expanded, as those ruthless Romans strategically fought their way into new territories. Who could resist making Roman shields while we were at it? We may not have been able to work with wood, leather and linen to form our protection but our designs are just as dazzling as the originals! In addition, we have had the historical challenge to determine what Roman life was like through looking at photos of the ancient city of Pompeii, which was destroyed by a volcano.

Maths this week, kept Year 3 busy with managing money and Year 4 had the pleasure of working with fractions. Our very own Mr Warner has filmed an introduction to fractions, which we recommend watching for anyone feeling ‘fractious’ about fractions.

Finding out which materials are electrical insulators or conductors has been the topic of our Scientific enquiry this week. Would you rather wear a wooly hat or a copper helmet during a lightning storm? Why?

Thank you year 3/4 for working so hard – you’re an awesome academy of authors!

Year 5/6 have been producing excellent home learning and been very engaged in our World War 2 topic. The focus in particular this week has been on The Blitz and how people were terrified but also tried to have a community spirit and not let it affect their morale – a lot like how we are trying to cope with life today!

Not only did we look at the destruction caused by the fires of the bombings, we were also joined by a couple of the team from Hampshire Fire Service to remind us of how we can stay safe in our own homes should a fire happen.

Teachers were very impressed with the knowledge they already had about fire risks and how to stay safe when quizzed by the Fire experts! We now know that we should check our smoke alarms every week, it only takes 2 minutes for a whole bedroom to become ash if we use a faulty wire on a flammable material and if we catch on fire we need to ‘stop, drop and roll’ as fire spreads upwards.

We made some fire safety/evacuation plans for our homes. Perhaps if your household doesn’t have one, it could be something you talk about with each other this week?

What a fun filled week we’ve had in Year R! We started our week exploring the frozen snow and listened to the different noises it made. During our Marvelous Maths we made drinks for pirates,experimented with different measures in our water tray and ordered amounts. Our home learners have equally been busy investigating what container holds the most liquid and finding items around their homes to fill up their matchboxes. They are now experts in knowing what empty, half full and full means!

In phonics, we have continued to apply our learning of sounds to read and write words and simple sentences. We have been playing lots of games to imbed our learning of our red and green words. ‘Splat’ is definitely a firm favourite – we love beating our teachers!

In school, we enjoyed putting our own ideas into action by building pirate boats for our role play area! We have even added a sandpit to create our own island too! Whilst at home the children have enjoyed using teabags to create old treasure maps,rubbing coins to make pirate treasure and making telescopes using recycled crafts.

The Year R team would like to say a special thank-you to our parents for going above and beyond and continuing to support us with your child’s learning.

Wellness Boxes for the NHS

Well done to Isla and Rory, who are great example of showing our school values in action. They have been making and gifting ‘Wellness Boxes’ to NHS staff who need a pick-up! They even received a personal thank you from the Prime Minister.

You can read more about how Isla and Rory, with the help of their dad, Ben, have been making a difference in our community here. 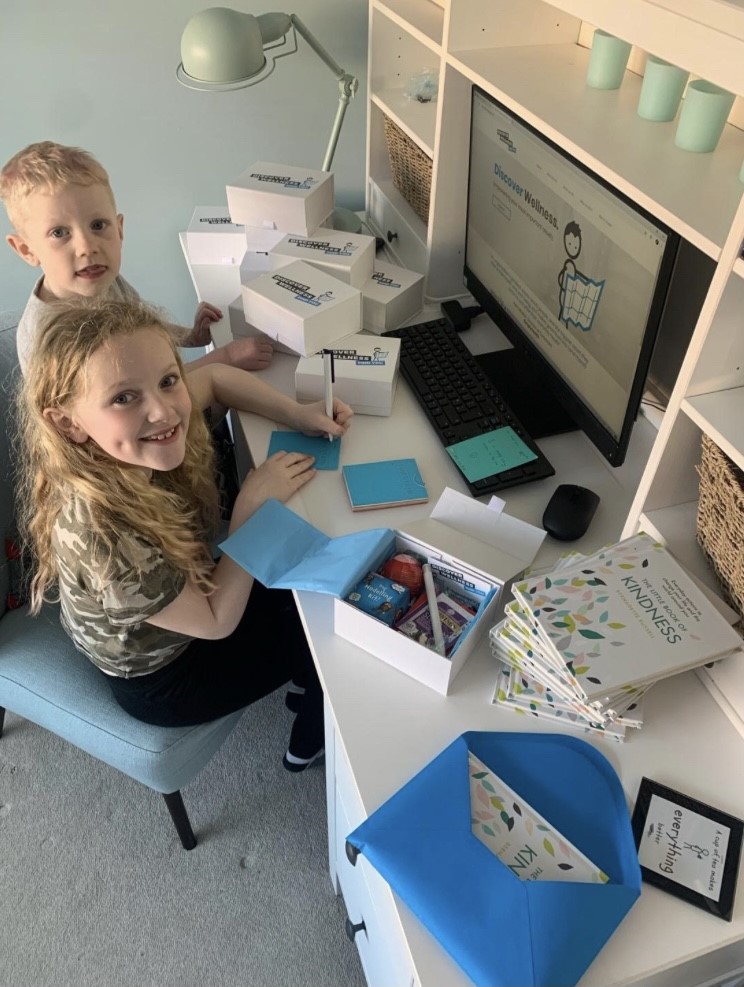