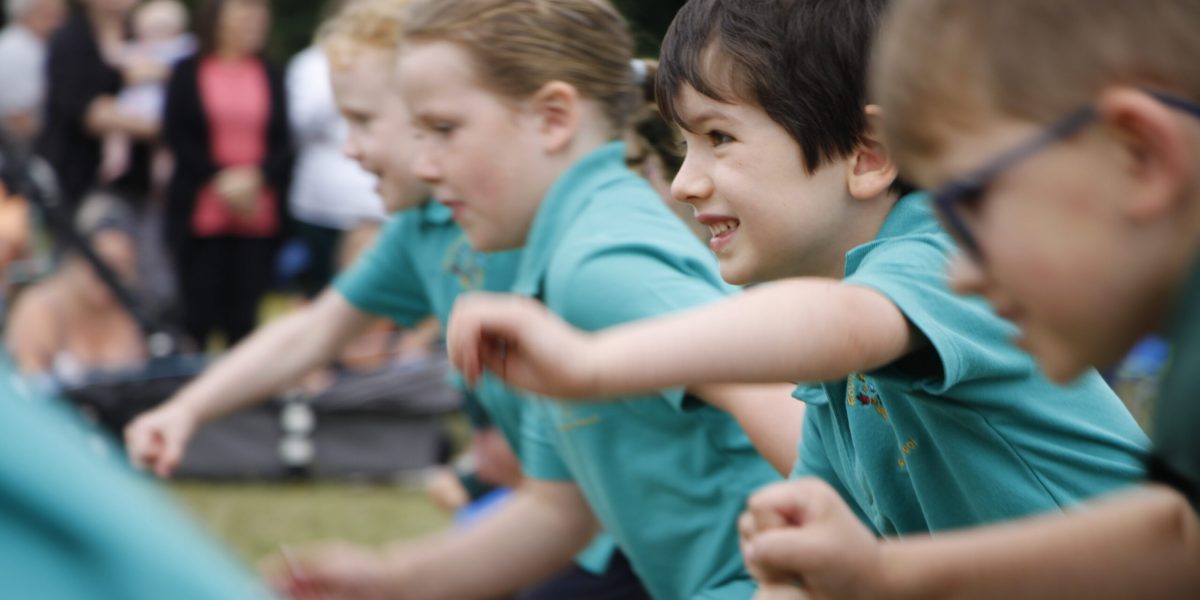 We had a fabulous day at Sports Day! See the smiles and check out the action from the day in this week's blog. You can also read about Year R's Bad Tempered Ladybird, Year 1/2's Musical Extravaganza, Year 3/4's Coastal Erosion and Year 5/6's Futuristic Art.

It was the first Sports Day since 2019. From the new YRs to the Year 6s, we were all buzzing with excitement. There were 6 events: long jump, speedbounce, javellin, over-under, arches and triple jump. We had the best time!

Year R have been enjoying learning about the story of ‘The Bad Tempered Ladybird’. Highlights of our week include finding out about the life cycle of a ladybird, retelling the story in our small world area and programming ‘Bluebots’ to visit each of the animals in the right order on a map.

Year 1/2 enjoyed listening to a special music concert from Jack (a Year 10 work experience student), who played an amazing collection of songs like, ‘ The Circle of Life,‘ from Lion King and ‘The Pink Panther’. He played 3 different instruments, bassoon, saxophone and the clarinet, answered the children’s questions and explained how the different instruments worked.  It certainly inspired us ready for our recorder performance to parents.

The children have shown great concentration to practise and play 90 recorders together – with hardly a squeak!

As part of the year 3/4 topic of rivers and coastal erosion, the whole phase got together last Friday to be part of a mini hook into coasts.  Mr Warner led a session in which a model of a coast was made in a plastic box.  Water was poured in and a board was used to make waves.  As time went on the waves eroded away some of the sand from the beach and the walls of the cliffs that surrounded the bay.  Caves and arches were formed as the water washed away the weaker parts of the land.  Even a stack and stump were formed which were once arches that had collapsed.  The children discussed all the key nouns they were learning which referred to specific features and the fact that what took minutes in the hall took hundreds of thousands of years in reality.  We also talked about erosion in the local area and places that children had visited which had the coastal features demonstrated.  The children then got a chance to draw their own coastline and label it with the no9uns they had just learned.

In art, the children produced some more futurism-based art by moving a stencil across their page to create the illusion of movement. They chose different shapes, such as people, cars and animals and had to carefully select different colours to emphasise the direction of movement.

The Year 6s have continued their maths projects on planning finances. They have learnt how to budget for bills, mortgages and other monthly expenses. The Year 5s have continued to explore angles by measuring them with protractors.

The children have been working hard in the rehearsals for the end of year production, the Pirates of the Currybean. The acting and singing is looking ship-shape!

On Sports Day, the Young Sports Leaders did a fantastic job at helping PBEd organise and run both Key Stage 1 and Key Stage 2 Sports Days. It was lovely to see parents back in school watching the children competing against each other after so long.