We have been busy at Rownhams this week with lots of fun learning, a 'bubble' closure and we have some staff changes to update you with. Our PTA have also been busy raising money for the school - they held a Treasure Hunt, which was a great success. Our Year 6 children been busy getting ready for their production of the Lion King - as seen in the featured image this week and there is some information on transition for our pupils heading to Romsey School.

Look out for our plan for Monday 20th July when we welcome back our Year 2, 3, 4 and 5 children. This will be popping up in your ParentMail inbox today. The guidance remains much the same as we have now and there will be staggered drop-off and pick-up times as we do for our Year R, 1 and 6 children who are currently attending. All of the guidance will be included in the plan, if you are not familiar with the way we have been working over the last few weeks.

Also, the Secretary of State has announced that all children will return to school in September. This is great news for everyone as we can once again see all of our children and get back to some normality. There will be, however, strict guidelines to follow, including the continuation of ‘class bubbles’ but without the need for social distancing between children.

We will be sending out a plan with all the information you need in the last week of term.

What's been happening this week?

In Year R, we have been using non-standard units of measure to see how tall we are. We decided we are much taller than fairies! Using the clay, we made a range of different Bug’s Life characters and also made some ‘scare-bug’ birds to help protect the fairies homes and our bottle top art was creating a repeating class pattern based on what the Hungry Caterpillar ate.

This week the key worker groups have been focusing on writing different types of non-fiction texts.  Firstly, they read some research about either a tiger or hedgehog then read some fact files to find the features of that genre.  The children were then ready to write their own fact files in their own style.  Further in the week they learned about safe searching on the internet then used various devices to research a land creature of their own to create another fact file about.  The final task was to create a set of Top Trump cards on animals of their choice and then they could make up creatures of their own to make cards of.  They found out lots of interesting facts about the incredible creatures that live around us and produced some beautifully creative fact files.

As well as all of that, they have been busy doing some chalk ‘street art’ on the playground.  Some of the group drew pictures of themselves while others designed symbols that represented a range of Marvel superheroes – can you work out which one belongs to each hero?  Much excitement was had while playing with different bubble solutions and makers.  The pipe cleaner shapes were great fun to make and worked well.  One of the solutions had sugar in it which made the bubble a bit stronger so the children were able to carry  them on their gloves.

In our home learning this week, Year 3/4 were tasked with visiting a place of interest and creating a piece of artwork and a brief diary entry about their visit. Due to the lovely weather, many children visited the beach or a park whilst taking care to socially distance from others.
Year 5/6 have had a 2 week project about the Solar System- learning all about different aspects and completing quizzes online. The children were asked to complete a PowerPoint, poster or quizz of their own to show what they had learned.
Back in school, Year 6 have been rehearsing and making props for their end of year production.

This week, we have welcomed back Mrs Hannam who has rejoined us from her maternity leave – and Mr Hannam had his last day. Thank you, Mr Hannam – we will miss you but I am sure we will see you again soon – even if not teaching our children.

I am pleased to announce that we have appointed a new Site Manager. Mr Charlie Abbott will starting at Rownhams on Monday morning so you see a new face on the playground in the morning. Welcome to Rownhams Mr Abbott – we are very excited to have you join our community!

On Tuesday this week we closed ‘Blue’ bubble as Miss Long was taken ill. She was tested on the same day and had a result of negative early the next day, which meant we could reopen our Bubble to the children again on Thursday. Thankfully, Miss Long has also fully recovered and returned to work on the same day.

We followed our risk assessment procedure and the office, teachers and LSAs involved were excellent in doing so. Mrs Poulter  even got to wear one of our full PPE kits.

Thank you to all of the parents of the children in the bubble who were very understanding and collected children promptly. 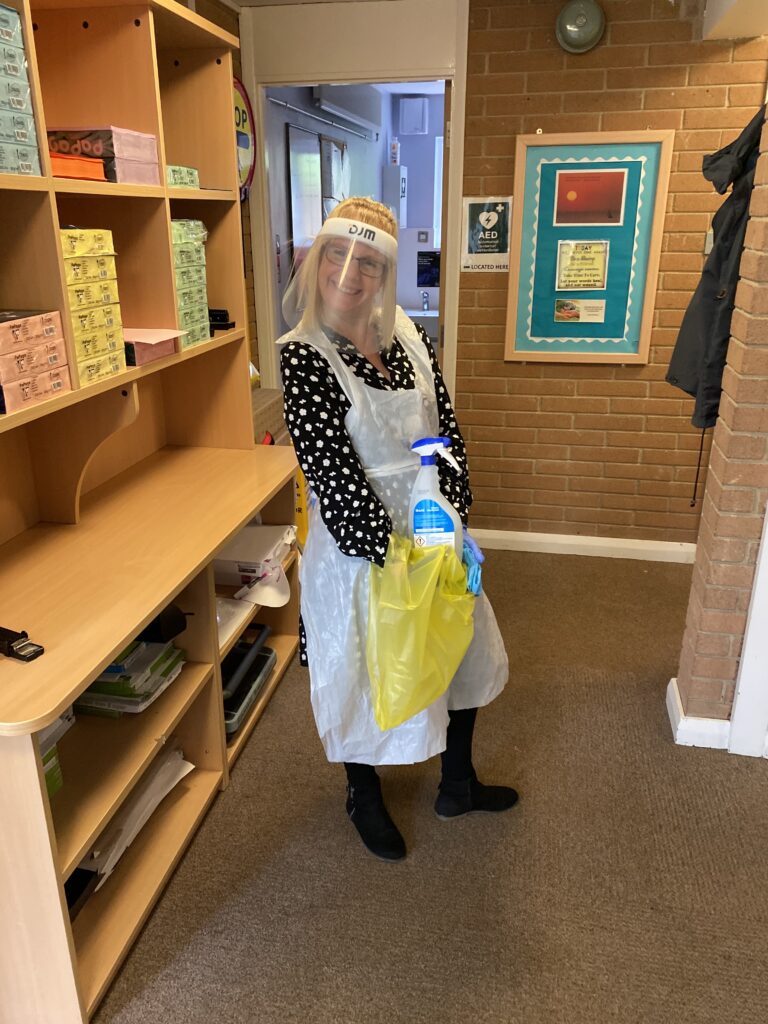 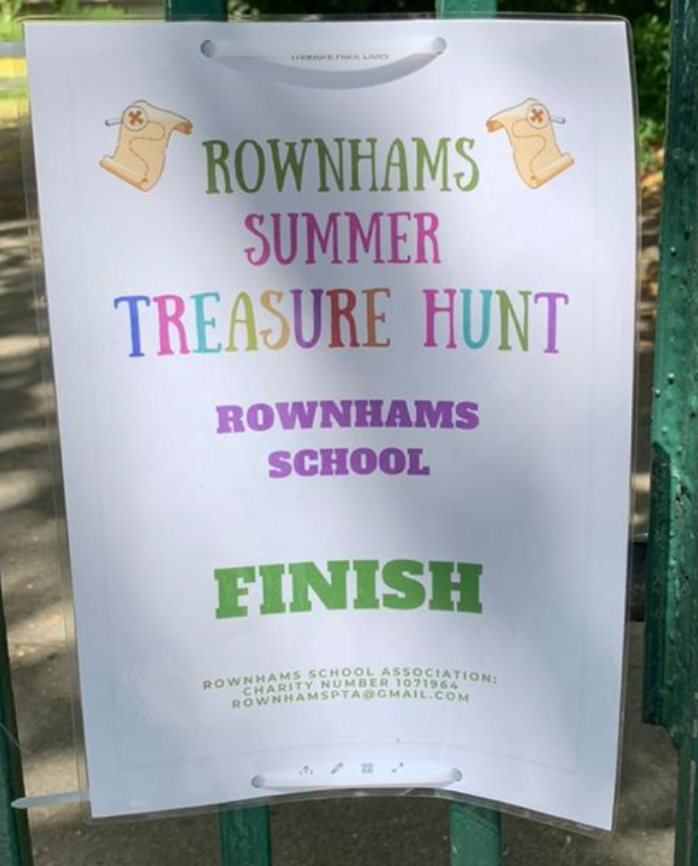 Instead of the Summer Fair which had to unfortunately be cancelled, we want to give a big thank you to the PTA for organising a Treasure Hunt. Last weekend 32 families signed up to search for clues in local area.  Well done to everyone who took part and to the Shatwell family who won prize draw.

One of our parents, Jamie, father to Toby in Year 6, is raising funds for the Antony Nolan Blood Cancer Charity, by riding 500 miles throughout July.
A very close family friend has recently had a transplant and been given the 100 day all clear so has taken it upon himself to do this challenge to raise much needed funds for a good cause.
In case you are able to support this worthy cause the link to the justgiving page is below: