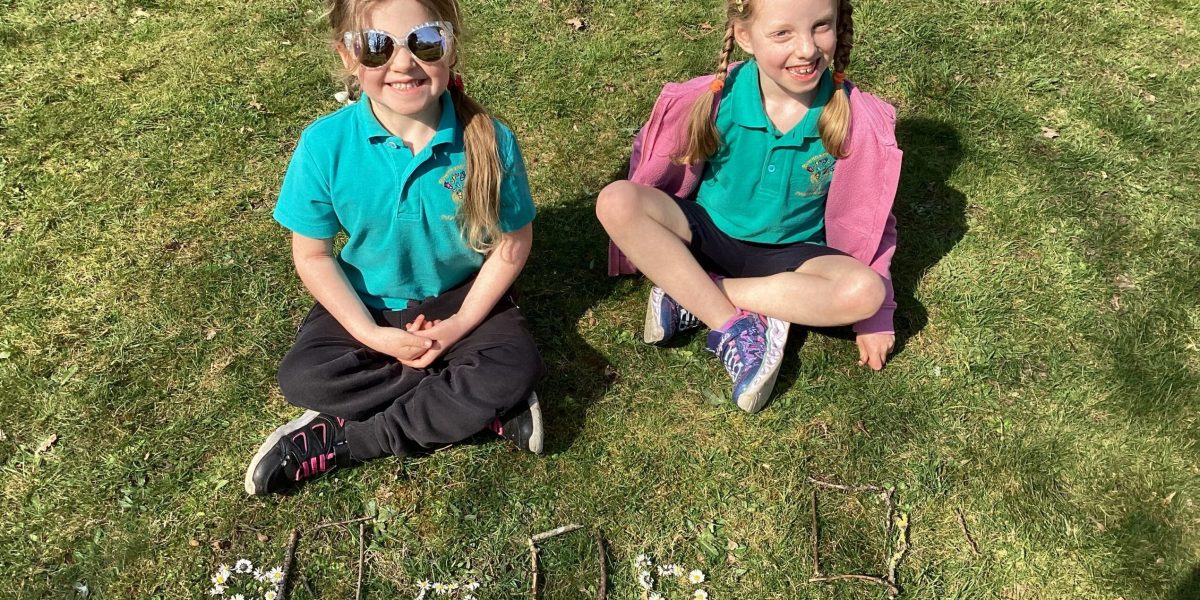 The whole school has been outside enjoying the sunshine this week and it has been a real joy to see the children enjoying our school grounds.  Year 3/4 have been busy writing letters to our twin school in Uganda, Murumba Valley Primary School. They have given lots of information about themselves and our school and are eagerly awaiting replies to their letters. Elsewhere in school, YR have been reading the book 'The Colour Monster' to find out more about feelings, Year 1/2 have been enjoying learning maths outside and Year 5/6 have been planning their own picture books for the children in KS1.

This week in Year R, we have been reading the book, ‘The Colour Monster’, and learning about the different feelings that we experience.

The Spring sunshine has been making us all feel happy and we have been enjoying spending lots of time outside. Some highlights of the week include: cutting up healthy fruits and vegetables to hunt for the seeds inside, making our own bubble wands and performing songs and dances.

This week Year ½ have taken advantage of the sunny weather and have taken our learning outside. We have enjoyed creating repeating patterns out of natural resources and creating obstacle courses in PE. We had worked hard thinking of different ways to work as a team to complete them and great fun encouraging each other when we pressed our team builder learning buttons.

This week in year 3/4 we have been writing our final drafts of an informative and request letter.  All the children are writing to the children of our twin school in Uganda called Muramba Valley Primary School.  As well as writing an introductory paragraph about themselves they wrote a paragraph detailing the spirituality and values side of our school.  The third and final paragraph was a request for them to write back explaining their own school values and how they worship.

To write as much information in each paragraph each class learnt about adverbials such as: as well as; besides; apart from & among other things. In addition to this, the children were taught how to use subordinate conjunctions to help them write complex sentences.  Some of these conjunctions are: since, as, because & although.  The final piece of grammar that was used in the letters was relative pronouns which help give extra detail about an object or person – that, who, which & whose are the main examples.

The children practiced their sentences in an individual way then put a range of them together to write full paragraphs.  After proof-reading and editing to eliminate mistakes and improve word choices, the children wrote the whole letter as neatly as possible ready to send off to Uganda.  All the children are eagerly waiting for the replies which they hope will come.

This week 5/6 finished their water cycle topic in science by making a spinning water cycle info-pack. They looked fantastic and explained the 4 main stages of the water cycle and how they work as a continuous loop.

The next step in learning about Ancient Greek architecture was to learn the story of Icarus: The boy who flew too close to the sun, and create our own pediment design in honour of the story. The children learnt where the pediment was on the temple and how it made up a part of the Frieze, which was a carving, looping the temples that told a particular story. We tried to create designs with high and low relief elements to them, showing this using different depths of shading.

In writing this week, we have planned a narrative to go alongside a Key Stage 1 picture book. The children looked at clues within the book, such as facial expressions and actions, to give us clues as to how the characters were feeling, what they may be saying and how they might be talking to each other. It also allowed us to look at some different characters’ points of view on the same sections of the story.

Mr Brown’s class also got to put their hand-eye coordination to the test with the new archery kit. Some budding Robin Hood’s in the class, apparently.