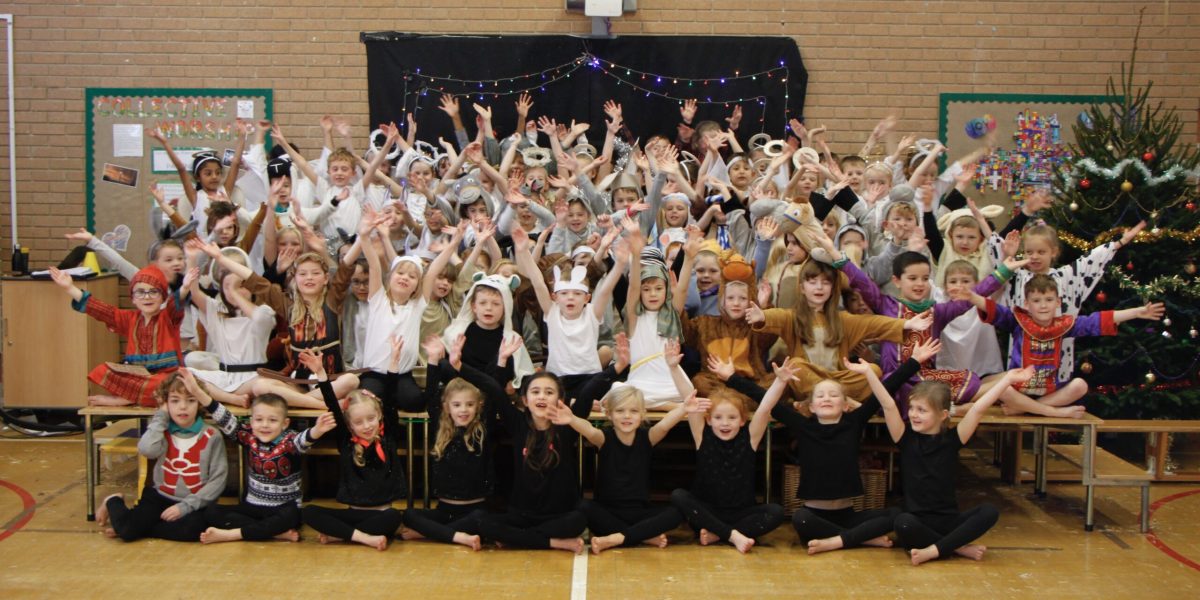 Well done to all of our Key Stage 1 children for a super Nativity play! The whole school was treated to a performance today and we can't wait to share the video with our parents and carers next week - it's in video the production stage as I write this! Also, this week Year 5/6 have been writing an unseen scene for the poem The Highwayman, Year 3/4 have been building Roman aqueducts and Year R have been getting ready for Christmas. Only 15 more sleeps!

Year R have been busy preparing for Christmas this week. We have been learning about how Christians celebrate Christmas in church by making our own Christingles and performing our own Nativity. We can’t wait to share the video of our performance with you – here are a few sneaky peaks!

Year 1/2 have been amazing this week learning lines and dances in preparation for their Nativity Performance. We are so grateful for all of the brilliant costumes which the children have come in to school with – thank you parents and carers! We loved performing to the whole school on Friday and are working hard editing the video so you can enjoy it too!

This week, year 3/4 have been combining both history and design technology to learn about 2,000 year old plumbing!  The children learnt about the need for Roman towns and cities to have lots of fresh water.  The Romans used a series of pipes called aqueducts to channel clean water from streams into cisterns (giant water tanks) which then shared the water throughout the city straight into people’s homes and public fountains.

Children created test channels to see which angle was the best to control the speed of the water and also which materials were impermeable to stop water leaking through the pipes.  Groups then used cereal boxes to create a Roman hillside and town as well as a channel which ran across the top.

Here are some photos of the testing and final projects.

This week the children have been learning how to multiply and divide fractions. Year 5/6 have also been planning to write an unseen scene to accompany The Highwayman poem that we have been exploring in class. The children have really enjoyed writing about a cruel and mean character. The children have started to use Sam’s Lab to programme their own ‘Truth or False’ Game. In Science, we have moved onto exploring materials such as solids, liquids and gases.