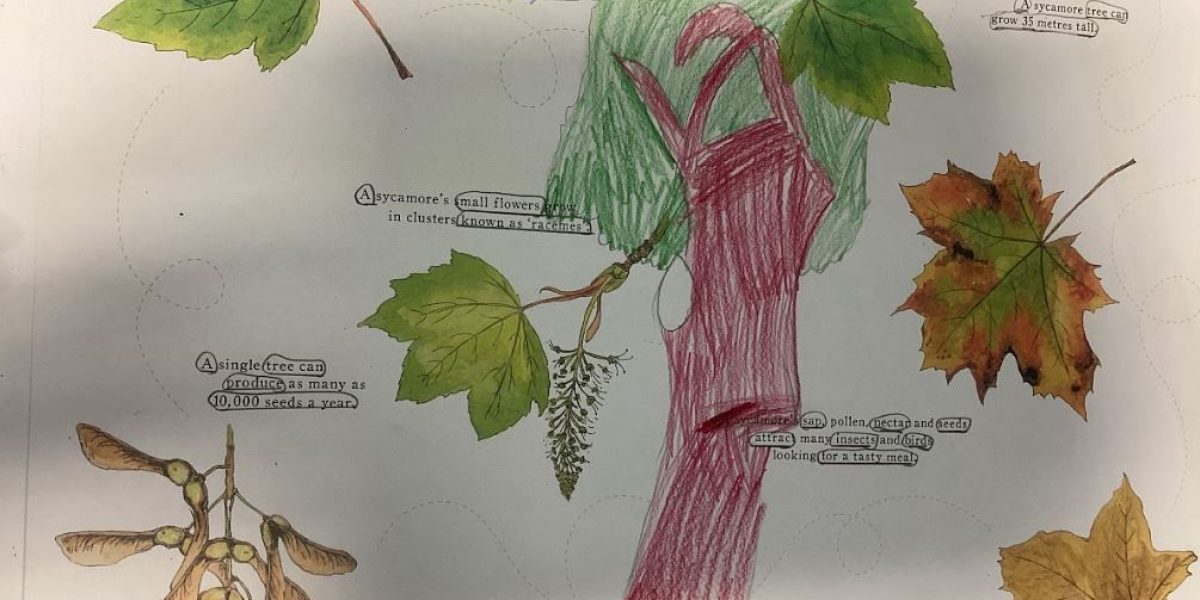 This week, in our blog, you can read all about ‘found poetry’, be dazzled by some fruit art in the style of Cezanne, check out some balance-bike action and indulge in some very delightful designing.

This week Ash class in Year R have been developing their cycling skills.  They have learnt that helmets need to fit and to check that tyres are pumped up.  Other skills that were practiced were gliding, safe braking, turning corners. It was amazing to see so many children make lots of progress and enjoy the success of their new skills.

Year R have enjoyed using ‘The Snow Bears’ as a stimulus for learning.  They made and played with fake snow using careful measures.  They learnt about how bears may hibernate in winter; Polar bears making their dens in snow.  They took on a science investigation to work out how they could release bears trapped in ice.  They talked about melting the ice to turn it from ice to water.  Various ideas were used including putting the iced bears into cold water, hot water, under the hot hand drier and putting them on the radiator.  You will be relieved to know that all bears were released unharmed.

Over the next few weeks the children in Year 1/2 are looking at the Artist Paul Cezane. We have been thinking about the big ideas of ‘effects and techniques‘. The children noticed that Paul Cezane used blocky shapes to create his fruit art. The children then replicated this using oil pastels. Doesn’t the effect look great!

In Year 3/4 we have just discovered a new type of poetry known as ‘found poetry’. When you create found poetry you take any text, select the words or phrases that you like best and decide how you present them – whether you add, repeat or remove lines or phrases. First, we took the poem ‘It Starts With A Seed’ and working in groups, decided how to change each verse to emphasise the best parts. We then performed it to each other! Next we created some black-out poetry using some text about Sycamore trees. To make a black-out poem you keep your favourite words in a text and black-out the rest. The parts that you don’t need you can literally black-out or you can draw a picture relevant to your poem over the top of them. We really enjoyed writing these poems!

This week we looked into the world of art: in particular, complimentary colours and clothes design. The children used famous works of art, such as ‘The Scream’ by Edvard Munch, along with styles like Op Art (Optical illusions) to design their own items of clothing. The challenge was to use the original artist’s image to create a similarly styled item of clothing. The results were astounding – we definitely have some budding designers in our midst.